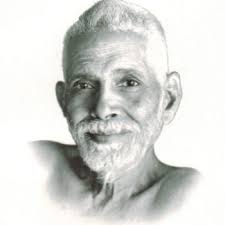 Those of you, who know me know that I have always been intrigued, fascinated and magnetically pulled towards the topic of altered states of consciousness.

I read an interesting article shared by Neeraj Marathe which says that Anything you do in life, has a PAY-OFF. An opportunity cost.

If you take this amazing axiom to its logical conclusion, you would realize that our time on earth is limited, its like an OTM options contract, it keeps melting away!!!

and therefore it is of paramount importance that we make the MOST of it and not wile away at things with lesser priority.

What does this statement even mean. Make the most of it???. In other words, what is the purpose of life.

Who is to say that spending time in pursuit of material gain is better than may be become a beach bum. Who decides the benchmark. What do you mean by wile away time. priorities can be (and are )different for different people and they keep changing.

Lets take an example. My 8 year old kid has Ninetendo switch on top of his priority list, an year ago it was a Firefox bike, an year before that it was 'Sally' color changing disney car.

Once he becomes a teenager, I am sure (if he has my genes and if he is straight) his attention will move on to girls.

So on and so forth, the targets would keep changing.

Notice another important thing, as you move on and graduate to a higher level, the previous 'thing' which was a BIG DEAL for you has NO VALUE anymore.

I cannot silence him with Firefox bike now, coz he has moved on and NOW needs a ninetendo. Similarly no amount of play-stations and game consoles will be able to suffice when he starts thinking with his dick.

As you move along in the priority roller coaster, a realization starts homing in that there is NO end to ALL this NAUTANKI. The goal-post keeps changing and DOG never catches his own tail and keeps going round and round and round.

Now, one school of thought says, that is all there is to it. Nothing wrong with going for worldly pursuits and then kick the bucket.

Another school says that there is much more to it beyond the confines of the mind. In-fact you have not even scratched the surface and wasted your life if you died without exploring the altered states of consciousness.

The resultant happiness (or bliss as it is called) is permanent in nature as it is NOT derived from an object. You need a mind to move -on to the next target but in this case we have decimated the mind itself and the resultant void is the state of bliss.

At the expense of sounding DIRECT, I  feel your priorities are also a function of your hierarchy in life.

Which school you belong to, is also a function of that hierarchy. There is No right or wrong as its NOT in your hands. you cannot appreciate what you are Not ready for. RAM DAS (Richard Alpert ) calls it GRACE.

If you are from the first school, our association ends here and you can stop reading and continue with your worldly pursuits.

There are various ways prescribed in our ancient text to reach the higher states of consciousness.

Now these are long drawn methods that need daily practice and devotion and life dedicated to it for it to bear fruit.

why would anybody be motivated without any incentive.

Ofcourse Ram Dass answer of , "Grace" fits here. It will happen if its suppose to happen. But there is a shortcut to give you a glimpse into this world.  Its called "Psychedelics"

This is a Taboo topic, at least in India and so I won't name the name.

Remember, like any other shortcut, this has its limitations.(addiction)

The REAL deal is ofcourse self-enquiry meditation as recommended by Ramana Maharishi killing the thought as soon as it arises by asking, To whom has this thought arisen.

What is SELF enquiry

It is the most efficient and direct way of discovering the unreality of the "I" thought.
Ramana in his teaching taught that your natural being is the PURE consciousness (BLISS).
A sense of I (ego) gets developed (from a very young age) between your gross body and PURE consciousness. This sense of I claims doership of otherwise pre-ordained events that are happening in your life based on your inherent nature (vasanas), none of which is in your control.
Through constant practice of self enquiry, your mind becomes  QUIESCENT. The chit chat slows down and finally exhausts itself. What is left is pure sense of awareness with no labels.
I interviewed Gary Weber, who apparently reached that state (FMRI machines confirm it) . I have had glimpses (few minutes) of this peace but it goes away!!
Listen to this audio book to get yourself acquainted and start your Inner journey NOW
comments are welcome.

Posted by manilife No comments:

Labels: Who am I.
Older Posts Home
Subscribe to: Posts (Atom)